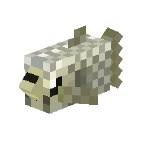 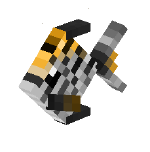 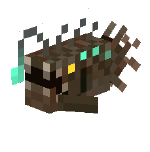 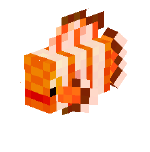 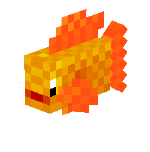 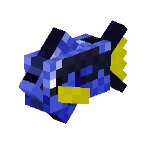 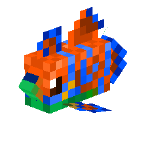 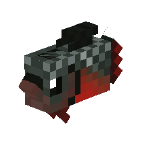 Small fish are tamable mobs that spawn in water. They have many variants.

Small fish spawn in water between layers 46 and sea level, and can be found in any biome.

When killed, small fish drop 0–2 raw fish and 0–2 eggs, regardless of their size or type. They drop 1–3 experience when killed by a player or tamed wolf.

A swarm of piranhas can be deadly.

Small fish are always passive towards the player, except for piranhas, which attack the player on sight.

They swim around almost immediately when first spawned into the world and wander around aimlessly, swimming up and down through each layer. Occasionally, small fish will stay in one spot for a while. They are not attracted to light, and do not deliberately interact with the player, other than swimming away from the player when approached. They will also swim towards a fish hook that is used in water. They can then be reeled in this way with a fishing rod.

Small fish suffocate if they are beached on land for too long. While on land, they do not move, and stay stationary until they suffocate. They can take fall damage and burn like any mob, but they cannot drown.

Piranhas have a 'herd following AI', and will hang out in a group. If a piranha in the group wanders away the others follow it. When piranhas attack, they remain in the group and sometimes one moves towards the player, attacks and returns back to the group. Sometimes one piranha moves towards the player but doesn't attack and returns to the group. This in turn acts as a shy'/aggressive behavior.

Small fish are tamed by using a fish net on them; the net will catch the fish, which will then appear in your inventory. After being released from the net, the naming screen will appear and the fish will be tamed. Small fish can be also be tamed by hatching their eggs in water. Tamed piranhas do not attack their owner.

There are eight types of small fish.