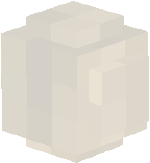 Eggs are items and non-moving entities.

Eggs do not spawn naturally, but they can be placed by the player.

An ostrich egg will appear sometime after a female ostrich has been fed melon seeds and paired with a male ostrich.

A scorpion egg will be spawned from a tamed scorpion (depending on the type of scorpion) when an essence of darkness is used on it.

A wyvern egg will appear if any essence is used on a tamed wyvern (except for mother wyverns, undead wyverns, dark wyverns and light wyverns).

In the 1.12 versions, all of the eggs are available in the creative inventory.

The notification message that appears after an egg is about to hatch.

An egg's main purpose is to hatch into a baby mob. Most eggs can be hatched by placing them on the ground with use, though eggs obtained from water mobs will need to be placed in a body of water.

A few seconds after an egg has been placed, a chat message will appear to tell the player to "KEEP WATCH!", and will also display the egg's coordinates. When an egg hatches, a 'pop' sound similar to a chicken laying an egg can be heard, and the naming screen will appear. If you stray too far from the egg (about 9 or more blocks) the resulting baby mob will be wild. If this occurs, you have to start again.

Eggs can be placed in the Nether to hatch a nether ostrich or nether scorpion.

Eggs can be cooked in a furnace to make an omelet.

Eggs never move, and instead remain static. They can be pushed by mobs, the player, pistons, set on fire, poisoned, hit, but are not affected by knockback. Eggs can also be "killed" like mobs, and emit a puff of white smoke after death.

Like mobs and other entities, eggs can be leashed and named with a name tag. If an egg is leashed, however, they will not follow the player, and will stay stationary.